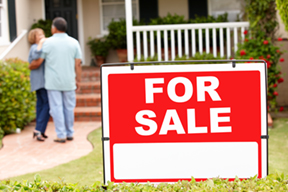 Who doesn’t love a good scoop or a little insider information—as long as it’s legal?

And when it comes to buying or selling a home, it turns out that some of the very best tips—those that could line your pocket with green instead of dust bunnies—may only come from someone with Brian Williams’ imagination.

Want to know why, for example, your local Starbucks may be the greatest predictor of home-value appreciation? Then read on.

•    March is the most profitable month. For sellers, that is. According to Spencer Rascoff, CEO of Zillow.com, who mined his site’s database of millions of homes in co-authoring the newly released “Zillow Talk: The New Rules of Real Estate,” properties listed in March sold faster and fetched 2 percent higher than average.

Buyers, on the other hand, can look for their big break in December when even hard-hearted New York owners are apparently so demoralized by the cold that they’re willing to part with their homes for 2.8 percent less during the second week of the month.

“You shouldn’t list your house for sale before March Madness or after the Masters (in April),” says Rascoff.

•    Gender matters—when it comes to realtors. Women, because they’re “more willing to negotiate,” tend to close deals faster, research suggests. But sellers take note: If you can hold out, men—stubborn SOBs that they can be—are often better at getting the original asking price.

•    A new roof is a sure-fire way to boost a home’s resale value. Fuhgetabout kitchen remodeling. “You could spend a fortune, and it still might not suit prospective buyers’ tastes,” explains Patsy O’Neill, a sales associate with Sotheby’s in Montclair, New Jersey.

Replacing an unsightly roof with a new one—better for that all-important “curb appeal”—was one of the very few projects singled out in Remodeled magazine’s new annual Cost vs. Value Report for 2015, rising a chart-tipping 5.9 percent over even last year’s double-digit increase.

In fact, says O’Neill—and sellers, pay attention to the psychology here—if your current roof really is an eyesore, buyers will be “predisposed” to find a million other reasons to hate your place. Thus, those craving the look of luxury at affordable prices should check out the Value Collection Lifetime Designer Shingles from GAF (www.gaf.com), North America’s largest roofing manufacture.

Rascoff cautions you not to laugh. When checking his data, he discovered that, lo and behold, homes within a quarter mile of a Starbucks had appreciated 31 percent more—96 percent vs. 65 percent—over the last 17 years than others nationwide.