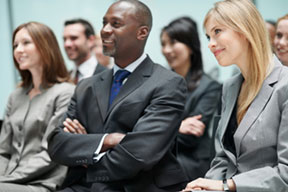 (NewsUSA) – The face of mechanical engineering is changing — dramatically. Engineers aged 55 to 60 are retiring, taking vital knowledge with them. The young engineers who will replace them are focused on specialization, branching off into sub-disciplines and job-hopping.
These and other insights were revealed by ASME, the American Society of Mechanical Engineers, a 130,000-member-strong worldwide professional society.
“In the next 5 to 10 years, the challenge will be: how do you transition knowledge at companies like Boeing? People are coming out of school with a different perspective, and the information is changing so quickly,” said Karen Ohland, Senior Vice President, Knowledge and Community Sector, ASME.
Additionally, there’s a rising trend among companies to try out “20-somethings” in work-study positions. Companies test these younger engineers part-time to see how well they perform — re-establishing de facto apprenticeship programs as an important avenue into the profession.
MEs also note that younger engineers job-hop more than their predecessors did. It is no longer the norm to work for a single employer for one’s whole career. While major companies like GE will continue to retain engineers with extraordinary skill-building opportunities, career mobility is becoming the norm.
Today’s senior engineers are concerned about the hands-on aptitude of new engineers. In the words of ME John Blanton, Principal Engineer, Heat Transfer at GE Power and Water, “Engineers are people who enjoyed ripping apart their lawn mower and putting it back together! Young engineers today need to know about the manufacturing process and how parts work in a machine.”
Furthermore, seasoned engineers believe their younger colleagues are so focused on getting ahead at work that they don’t understand how membership in a professional society like ASME can help them. Blanton joined ASME as a student member, realizing it was filled with people who had done what he wanted to do. “Getting involved in the local ASME section allowed me to meet local academics and people working in the business,” he said.
Jen Jewers, a 31-year-old refrigeration engineer at Henderson Engineers, Inc. in Texas, had another perspective on what’s happening in the field. “It’s encouraging that there’s a lot of focus on trying to recruit women and minorities into the field, but we’re not there yet. Colleges are doing a lot, however.”
Worldwide, there are four million job openings for engineers, according to Monster.com, which also predicts an 11 percent growth in the field through 2018.